Some of my NHS ID badges!

There are obviously some of my ID badges missing from here…I had a student nurse, staff nurse, pupil midwife and staff midwife badge in addition to the ones above. And so many tales to tell whilst wearing each one. I didn’t know I had kept them all, but as I make my way through cluttered cupboards as I no longer have to work full time, I am finding lots of gems from the past, such as these. If you want to know more about the stories behind the badges, read my book Catching Babies.

It was only when I pondered on all the ‘midwife’ titles did I consider how confused the public must be with the variation in names of staff working in the NHS. And yet I was proud to wear each ID badge, and never gave a thought to the understanding behind the name for those who read it. And then there’s all those uniforms! Oh my, it used to be that a nurse’s uniform was only worn by nurses, but now the snack machine filler looks like a ward sister….

That aside, I really have mixed views about midwives wearing nurses uniforms. Not averse to having a corporate image (so at least the public can distinguish who is the carer in a hospital situation) I once initiated and managed the move to midwives wearing polo shirts and trousers or skirts, instead of a nurse’s attire. The reason being I believe maternity care should be based on a partnership model, with no hierarchies. Once a midwife dons nurse’s outfit there is a division, an unspoken ‘I am the expert’ from the midwife. Now this might not be apparent; the midwife could very well be the most caring and facilitative of woman centred-ness, but the symbol is there. So we wore our navy or green polo shirts with the word ‘midwife’ blazened above the left breast, and all was well. We had a uniform, but it was less imposing, slightly more informal. There was some rebellion, but eventually it was widely accepted. Until, that is, the porters within the hospital (or was it the maintenance men?) started wearing the same regalia! Well let me tell you that caused a stir. There was anarchy.

Nowadays the midwives are back in nurses uniform. What do you think?

20 comments on “An identity crisis and nurses uniforms” 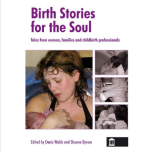